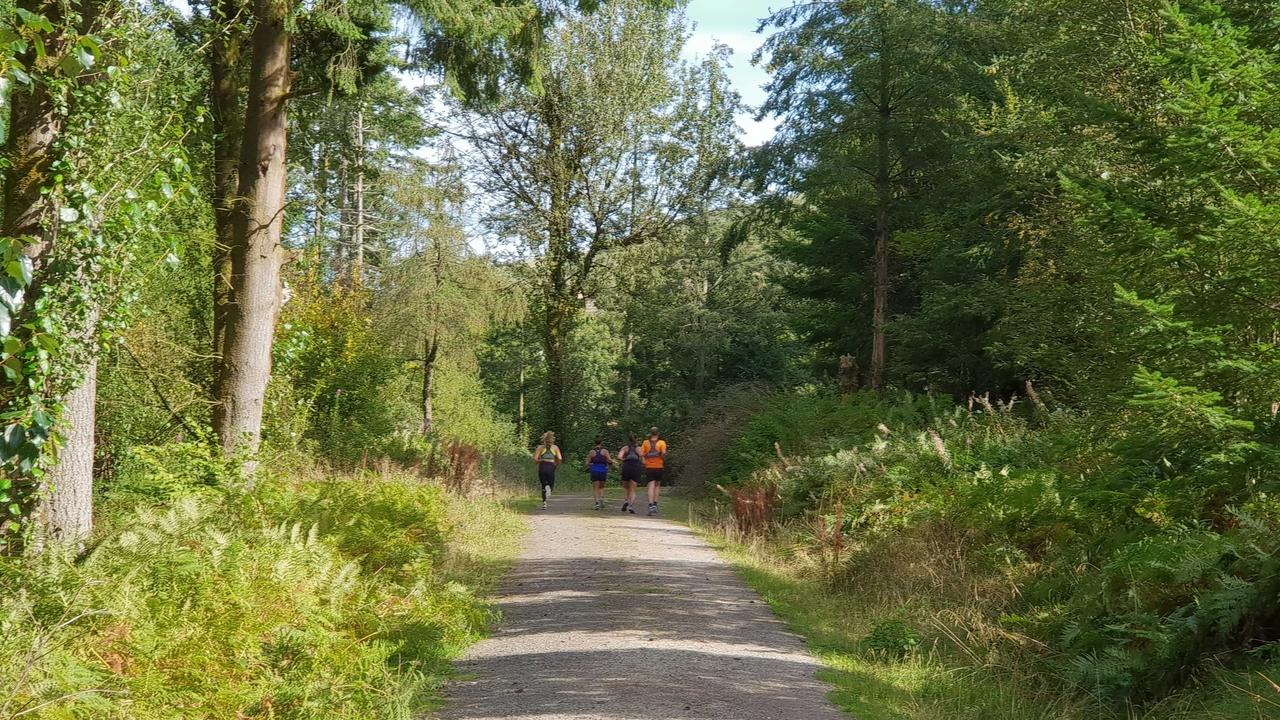 The unknown is a key element in any adventure. If you know exactly what you're getting yourself in for, you've missed the point. Now, I would not call myself a runner. In fact I often have to trick myself into going on "not-runs"... although nowhere near often enough to be even competent at running.

But when Salomon got in touch about a mystery trail running event at a mystery location with mystery activities along the way... I just couldn't resist. They called it RunUnexpected and I had no idea what I was getting myself in for. 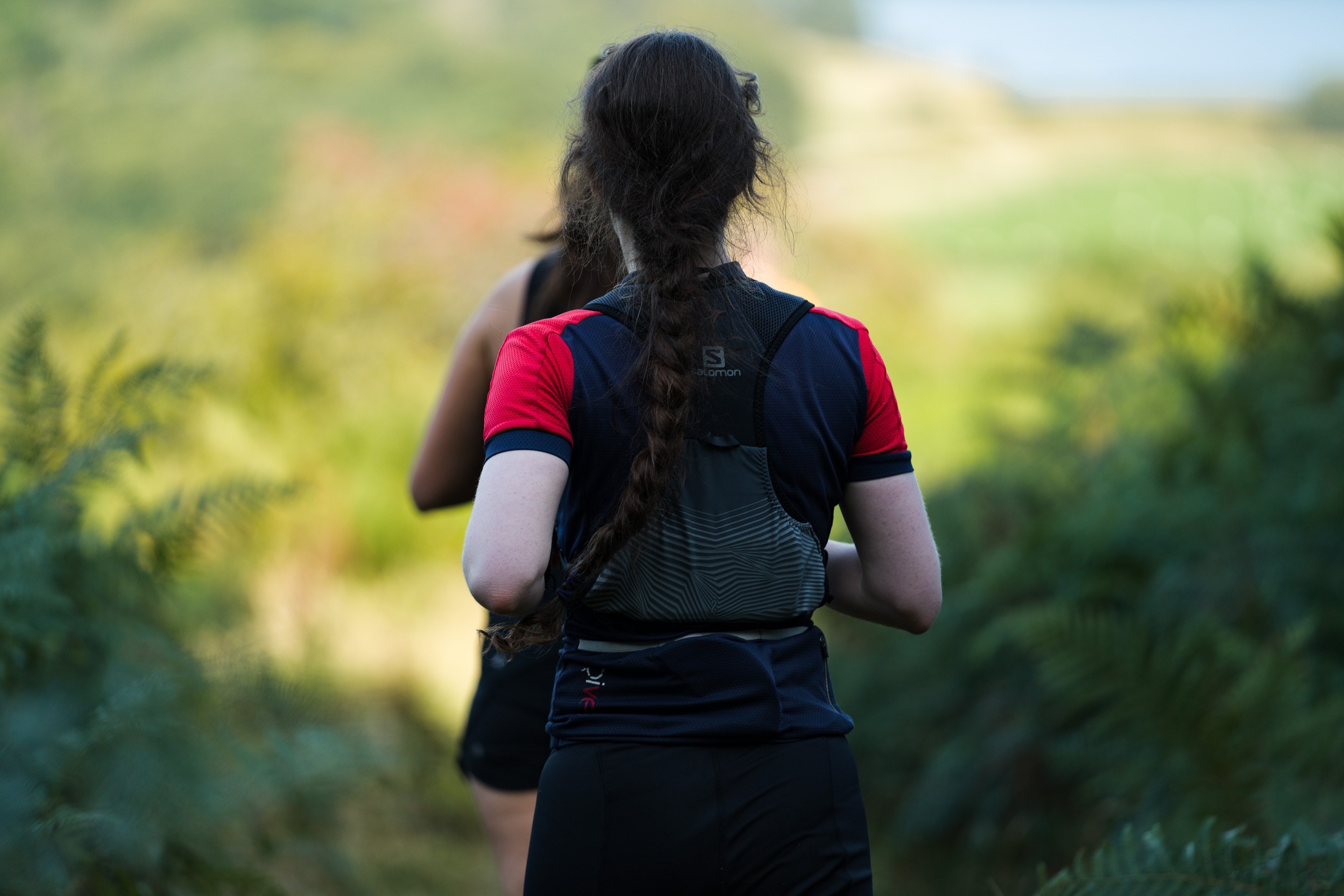 In fact, it was all so unexpected that I still had no idea where the event would be taking place the morning it happened. Only that I'd be picked up at Abergavenny Station at 10am. Okay, so it was probably going to be somewhere in Wales - or close to Abergavenny. But I really wouldn't have put it past the to bundle us all into a car in blindfolds and drive somewhere different!

Since most of the accommodation near Abergavenny was booked by the time I found that out, I slept the night on a nearby hill. To face the unexpected, come prepared for anything - and I had a tent, sleeping bag and a monochrome A4 print out of an OS map section. Not that this prepared me for the run - nor for the head-high bracken carpeting the hill I'd selected. That was unexpected. And fairly unwelcome by 11pm! 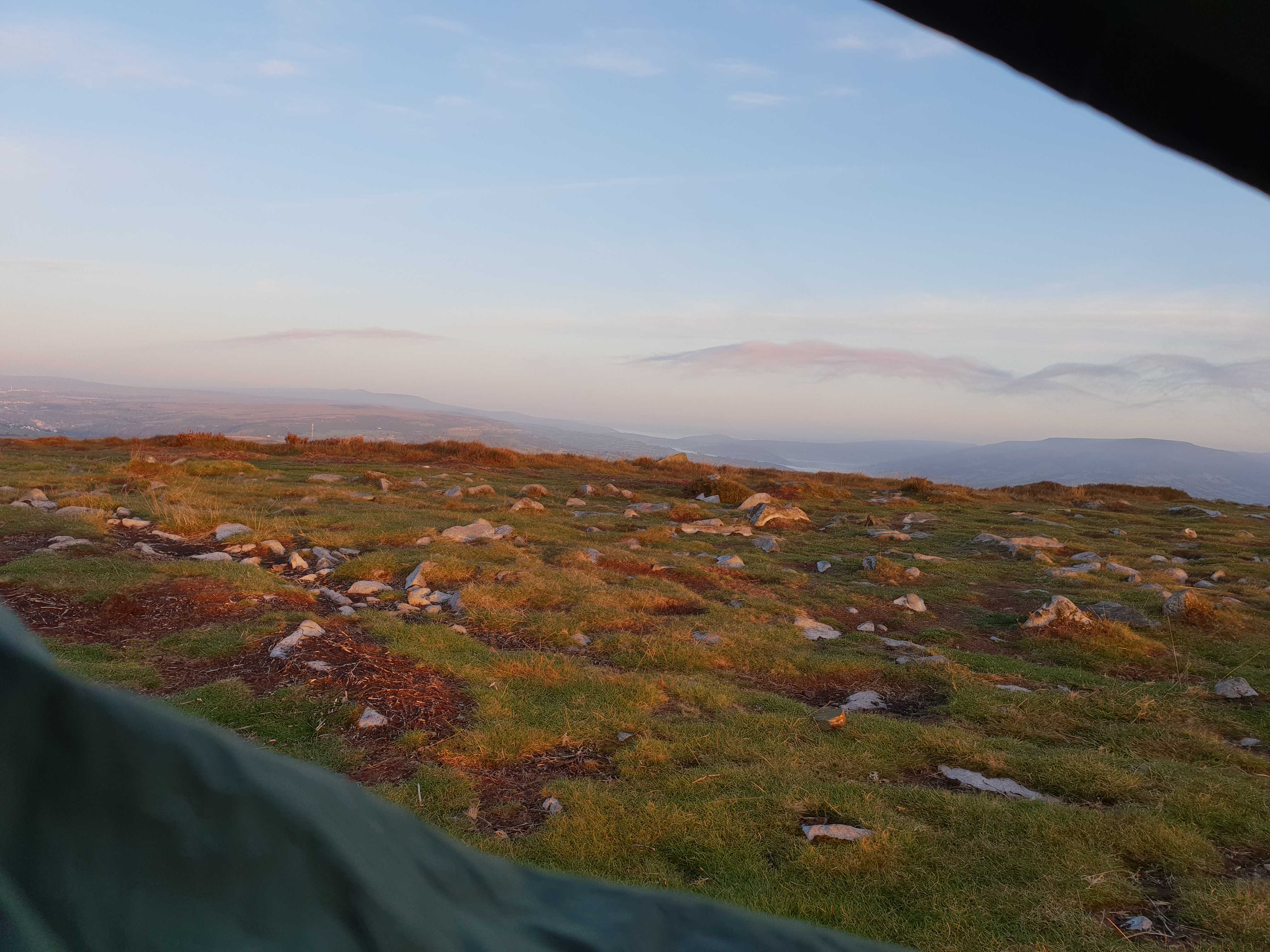 A small group of us collected at Abergavenny Station the next morning, wondering if the arranged transport would actually show up or if this was all a complicated joke. But two vans did, indeed, pull up and started driving us towards Talybont Reservoir. All other questions to our drivers were met with the same response: "We can't tell you that."

We arrived in a field (somewhere) and were given a box of kit and a group number. A quick change into running kit behind a bush in the field and I was ready for anything... I hoped.

After a short lesson on the best way to run up and sown hill, our group set off. Still with no idea exactly where we were going - or how far - we immediately hit a prolonged uphill section along a wide gravel track. Well that explains the lesson. The sheer speed of the mountain bikers coming the other way should have told us we were in for a long climb. 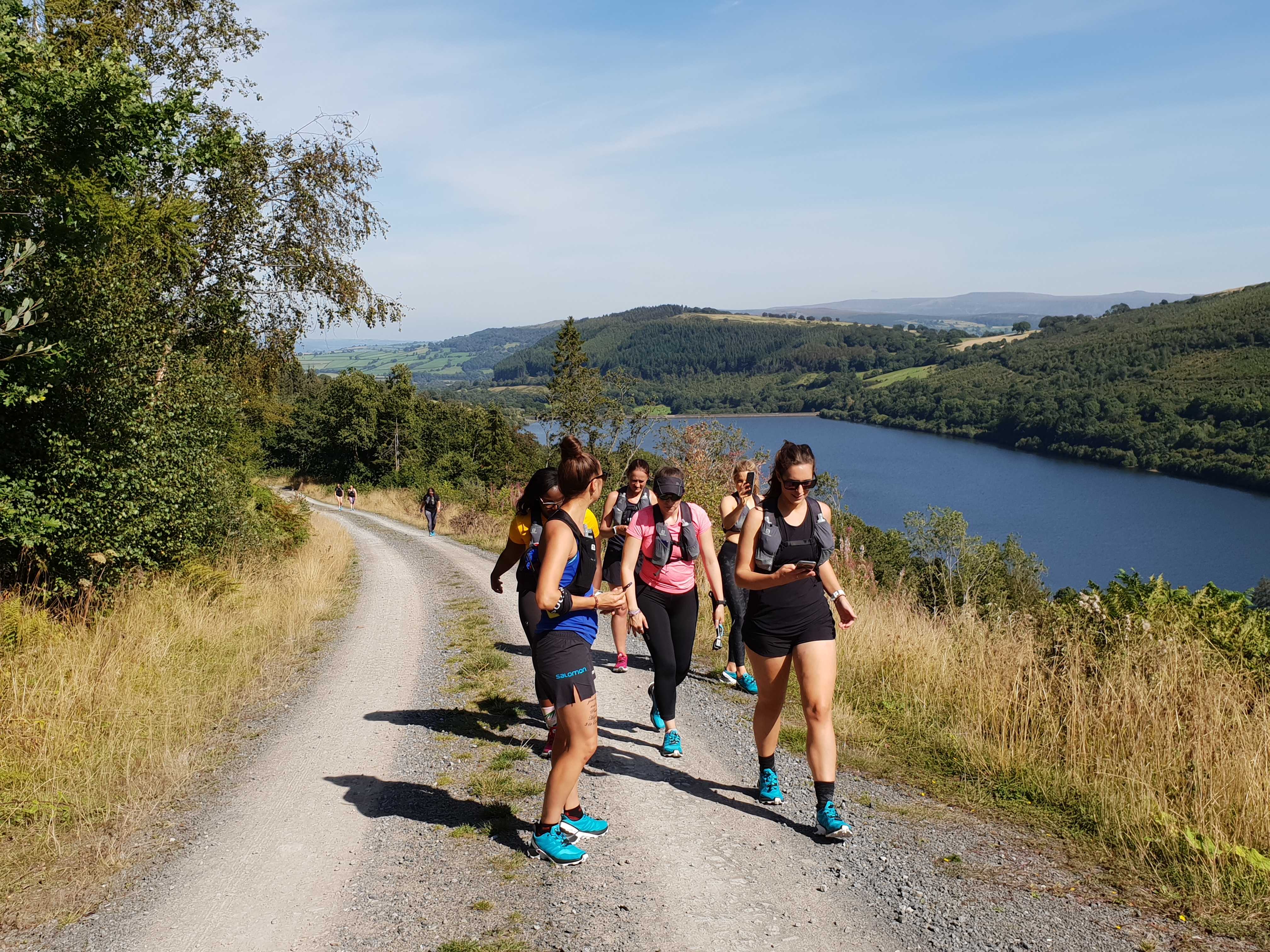 The fun thing about Run Unexpected was that we really didn't know that to expect - to the extent that we were trying to second guess every development. Better still, to guess what was a planned unexpected event (for us) and what no one was expecting at all. Like the helicopter parked across the gravel track in front of us.

Sadly the helicopter wasn't for us, just taking a break from lifting stone for path repairs on the hills above us. We ran on. Our long uphill was rewarded with a long and steady downhill section. But not for long. A right turn onto a short section of country lane and we were greeted with a 20% road sign... and it wasn't going down. 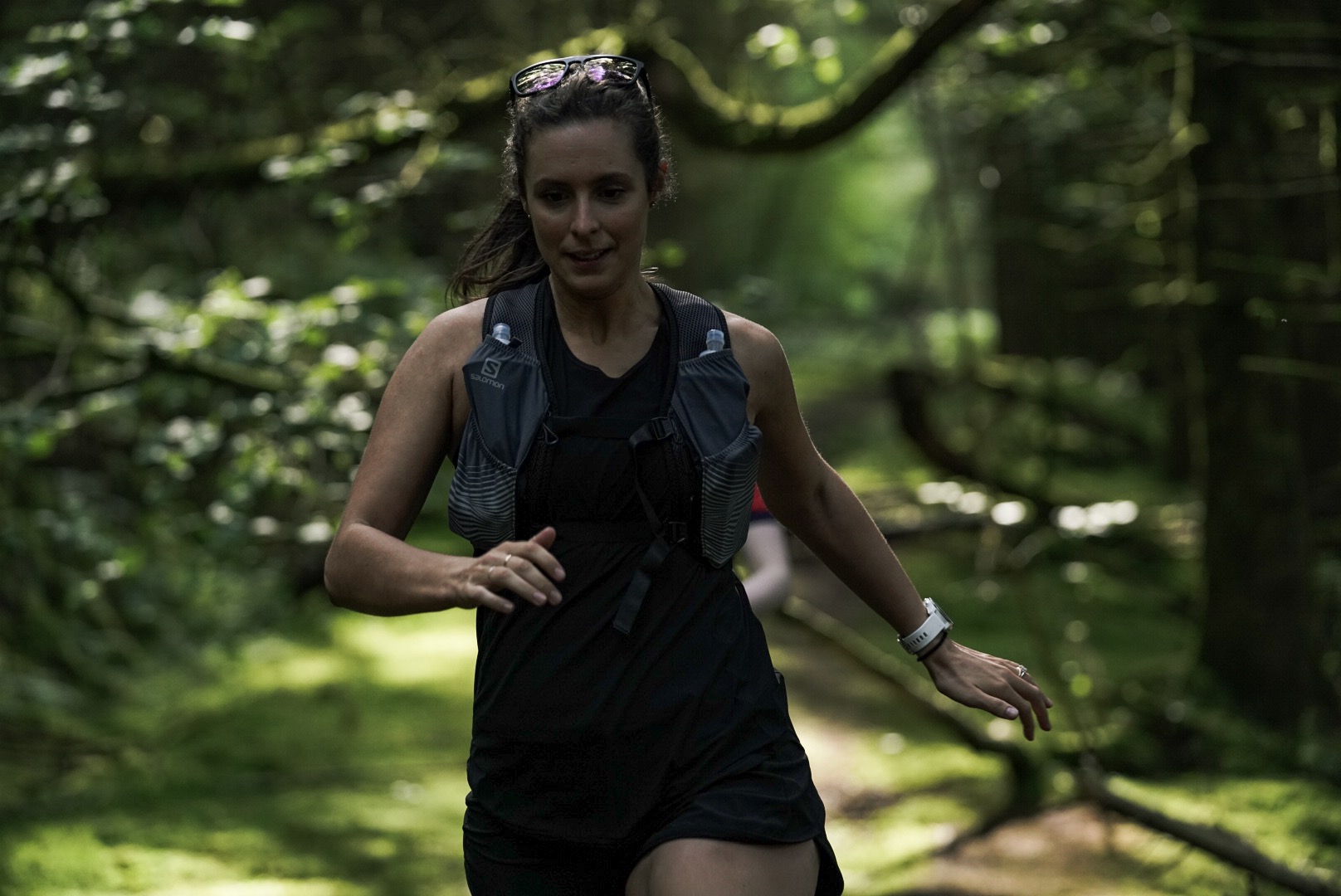 Luckily our leader Mags, one of Salomon's athletes and the only one who knew where we were, took a turn off the road and into the woods. We caused an unexpected moment for a small family picnic as we stampeded past. Finally we reached our first (now revealed: of three) mystery tasks. Task number one? A dunk under a waterfall. I was really regretting the choice of long leggings - it was so hot! - and happily obliged.

Our second task was slacklining in the woods reached by, you guessed it, more uphill. We were by now also running unexpectedly late. Clearly Team 3 were having far too much fun. Our attempts at slacklining were suitably hilarious. 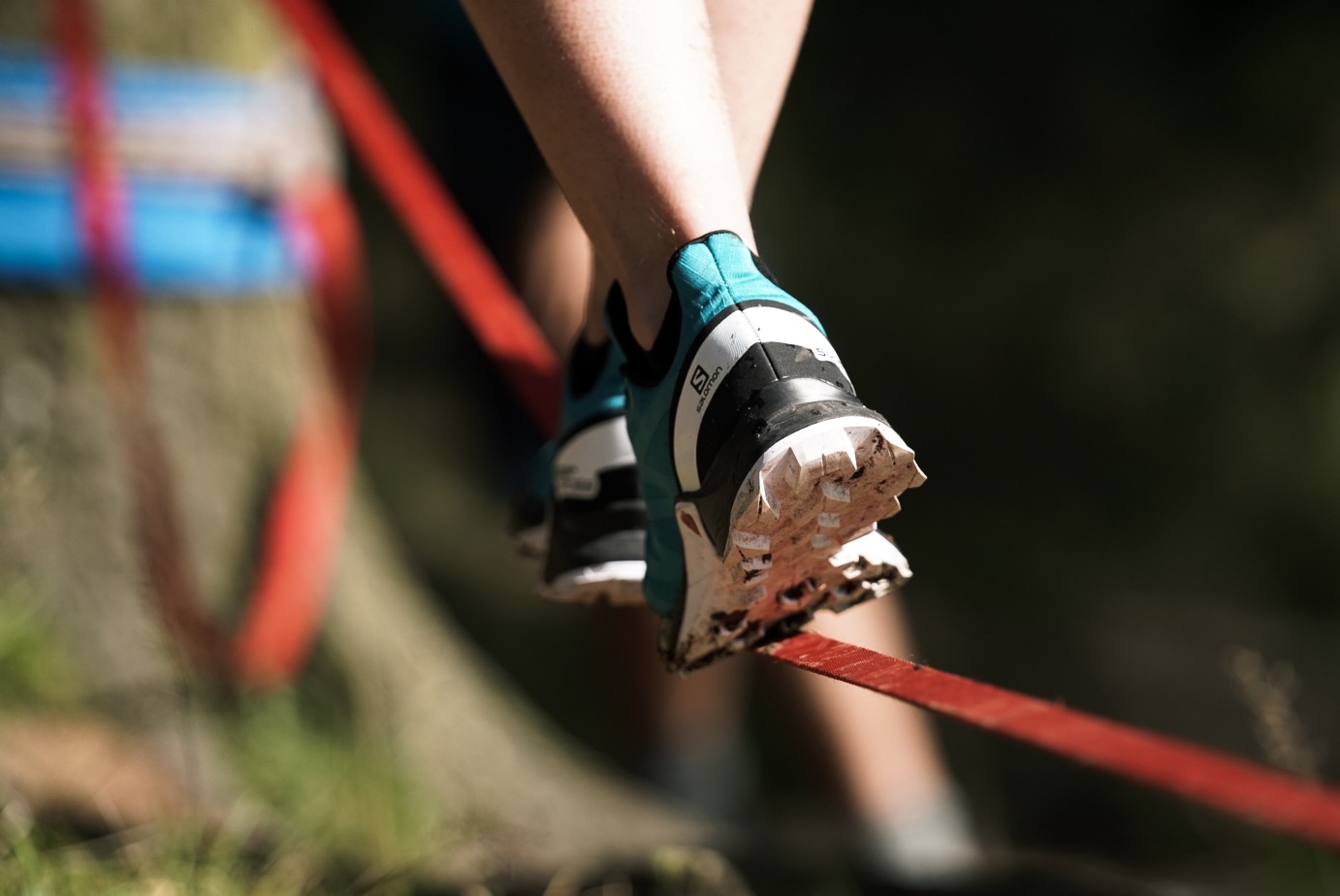 With only one task left, we were starting to feel on the home stretch. The long steep downhill from our slacklining high point to the valley probably helped too. I could run downhill over mud, rocks and tree roots forever. It is so much fun. Although the sense of joviality stopped a little short when we reached the outdoor gym: our final task.  Did we have to save the gym session for the end?

After reps of rock lifting, log jumping and boulder relay, we'd passed our final challenge. It was a short home run - dodging through bushes and across a stream, obviously - to the finish line. Food, cake, drinks and yoga were all waiting for us. 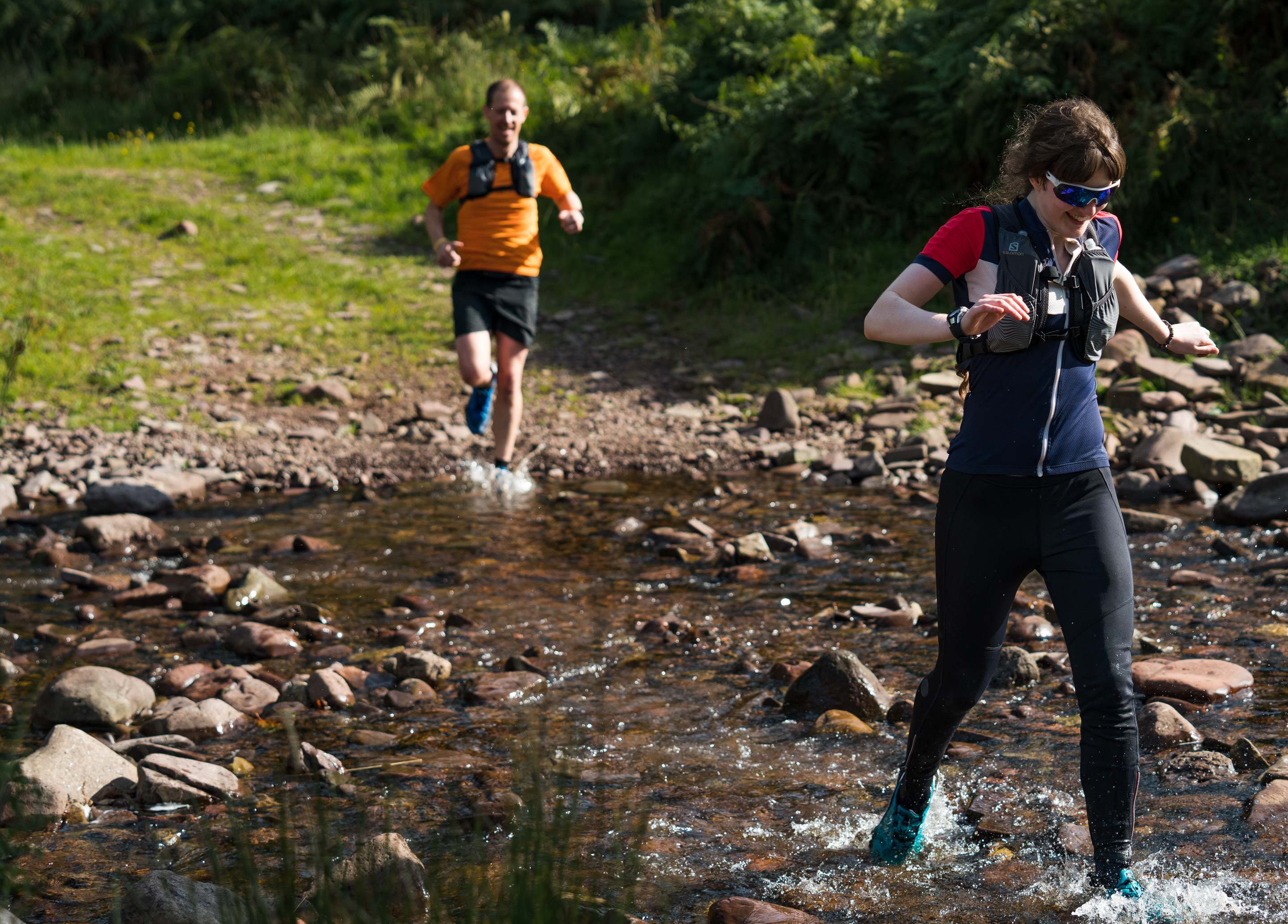 What I really took away from this event - other than the knowledge that I can survive a 15km run - was that you don't need much to make a run exciting. One of the problems I have with running is that it's filed in my head alongside 'boring' and 'monotonous'. Taking a trail over pounding the pavement is a great start, nature adds and unexpected element already. But out of our three activities, nothing was particularly high budget. The only thing you'd even need to buy is a slackline. Everything else came from the environment around us and a little imagination.

To have a go at a guided Run Unexpected for yourself, check out Salomon's events calendar across the UK. Sign up and enjoy trails of the unexpected with some like-minded, curious thrill-seekers.