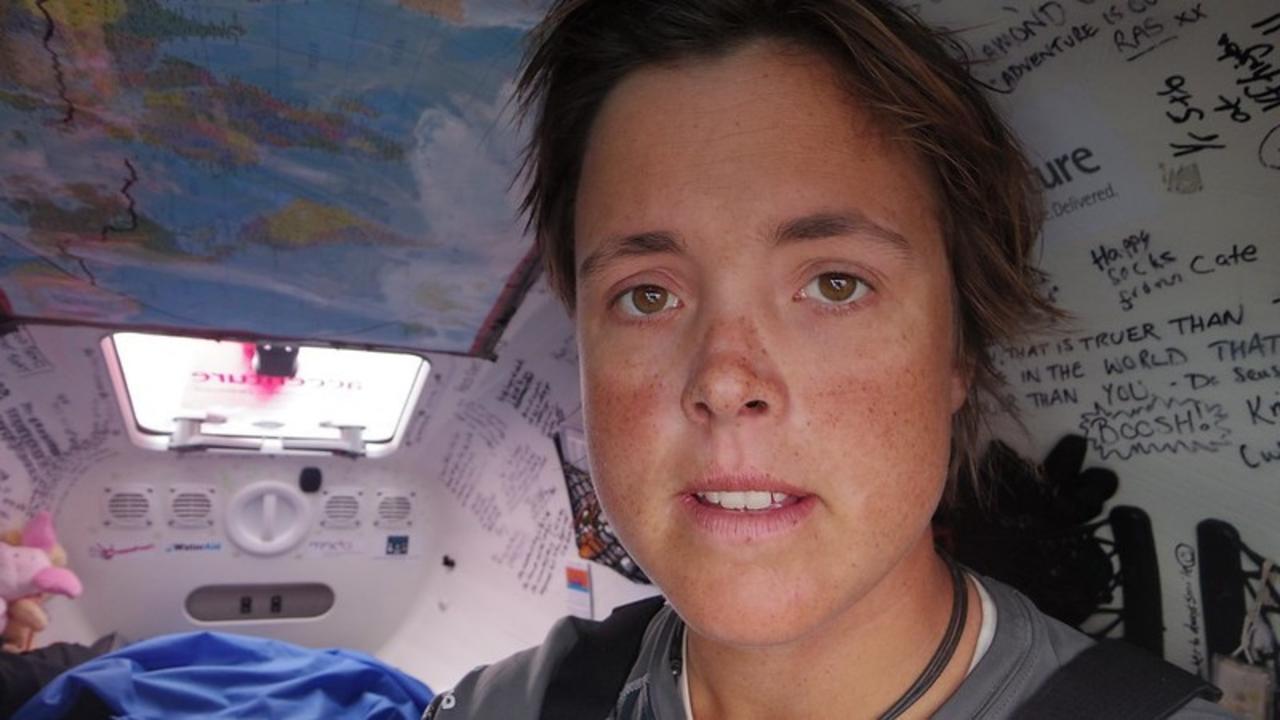 In 2009, British Adventurer Sarah Outen rowed solo across the Indian Ocean, becoming the youngest person and the only woman ever to do so. When she returns home, still grieving for her Father, she is lost. Activity seems to be the only possible catharsis, taking the form of an even bigger task: to journey around the world solely under her own steam. Jen Randall’s Home follows Outen’s journey as she cycles, kayaks and rows the 20,000 miles from London to London in search of adventure and herself.

Setting out, the 25-year-old Outen seems physically restless – eager to put her body through a test of the most extreme kind. Huge feats such as kayaking across the English Channel or cycling the lengths of entire countries, become episodes in such a mammoth expedition. A relatively seamless bike tour through Eurasia allows her to enjoy the new cultures and landscapes she encounters. Dusty days on the bike are punctuated by broken conversations with smiling strangers and home-stays. Though she is cycling and rowing solo, the film is just as much about the many people she meets and journeys with: Gao, a young man who spontaneously buys a bike to join her for 2,000 miles through China; Justine ‘the machine’, whose sisterly company is both a shock and comfort after months of independent travel; and Lucy, the farmer who provides her with a new sense of home. 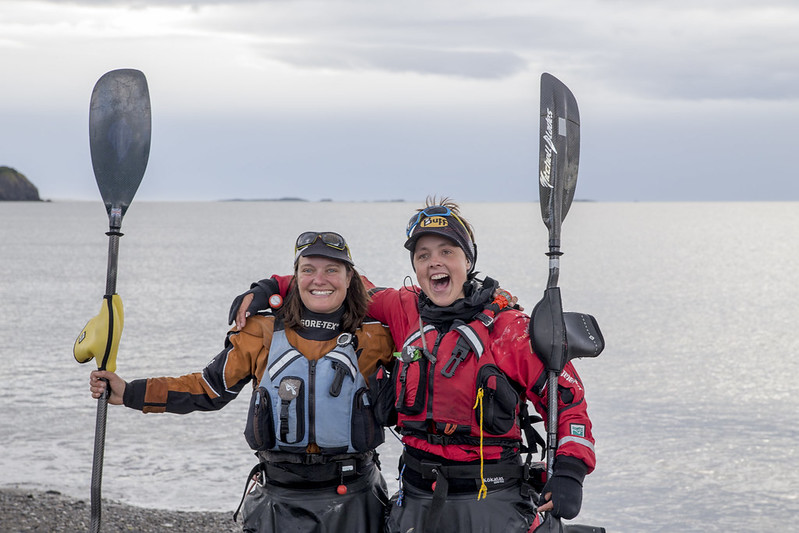 (Left to right) Justine and Sarah.

As the journey draws on, our attention intensifies rather than wanes with Outen pushing through every obstacle previously thought impassable. She has to make fast miles on an empty body, cycling and kayaking to Japan before rowing across the Pacific. A single event changes everything and leaves her questioning why she is holding on to this journey so tightly.

One of the greatest successes of Home is its emotional honesty. Talking about mental health with friends and family, maybe even employers, has rightly become more common-place, but to so vastly open yourself up to an unknown audience is a selfless act. The softly spoken voiceover pulls you gently along with the story even when the going gets tough. The frustrated, despairing Outen on-screen is contrasted by the measured narration of her reflective self, healing past traumas with words of kindness that she has now learnt she deserves. 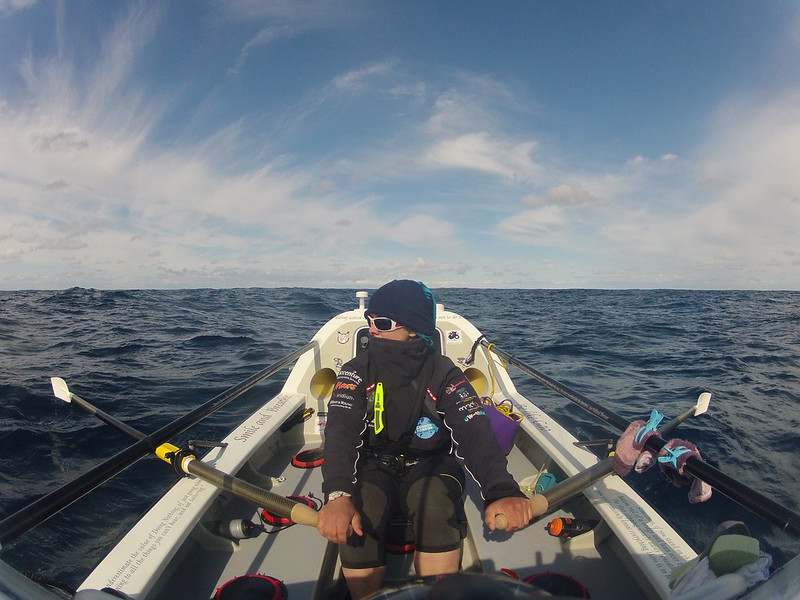 The score and tone of Home is similar to Randall’s short film Operation Moffat (2016). She mixes acoustic instrumentals with diegetic sounds of crashing waves and the equally raucous shouts of Outen trying to scare away various animals. Home is a completely immersive documentary. One shot can show the tiny living space on Outen's floating home and the next, endless ocean set against endless sky.

Although she planned to take half as long, the four and a half year span of the voyage transforms what would have been an ordinary adventure film into an affecting human portrait. Rather than just plot devices, this time allows us to sail with Outen through highs and lows of lifelong significance. Nevertheless, the small glories of her trip are also celebrated: the giddy sight of another human after months of isolation, a noisy greeting from a harem of seals or a ripe orange in the middle of the Atlantic. Outen’s unrelenting optimism and warmth is as infectious as it is inspiring. Like so many of us, she finds healing and hope in nature. What begins as a need to keep moving forward, through mountains and across oceans, becomes a challenge to slow down and settle into herself. 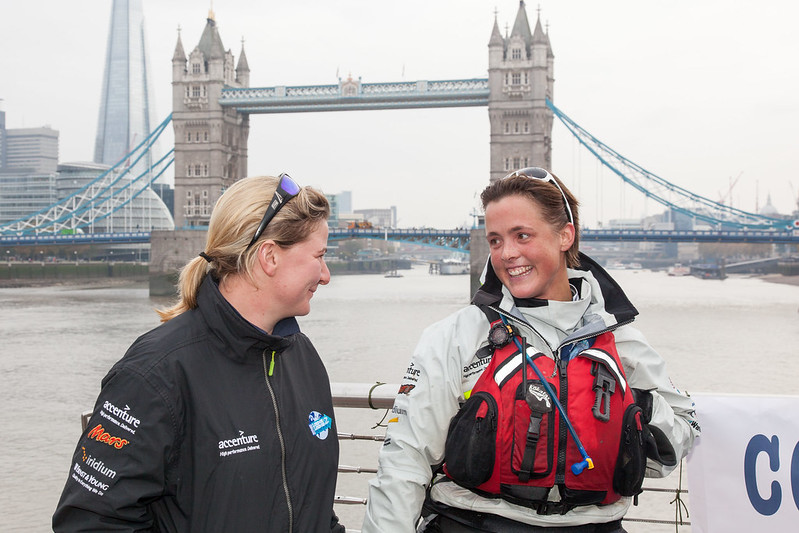 (Left to Right) Lucy and Sarah.

Find out how to watch Home and more about it here. All photos courtesy of Sarah Outen.