Helen Langridge: What cycling around the world taught me about my body and mind 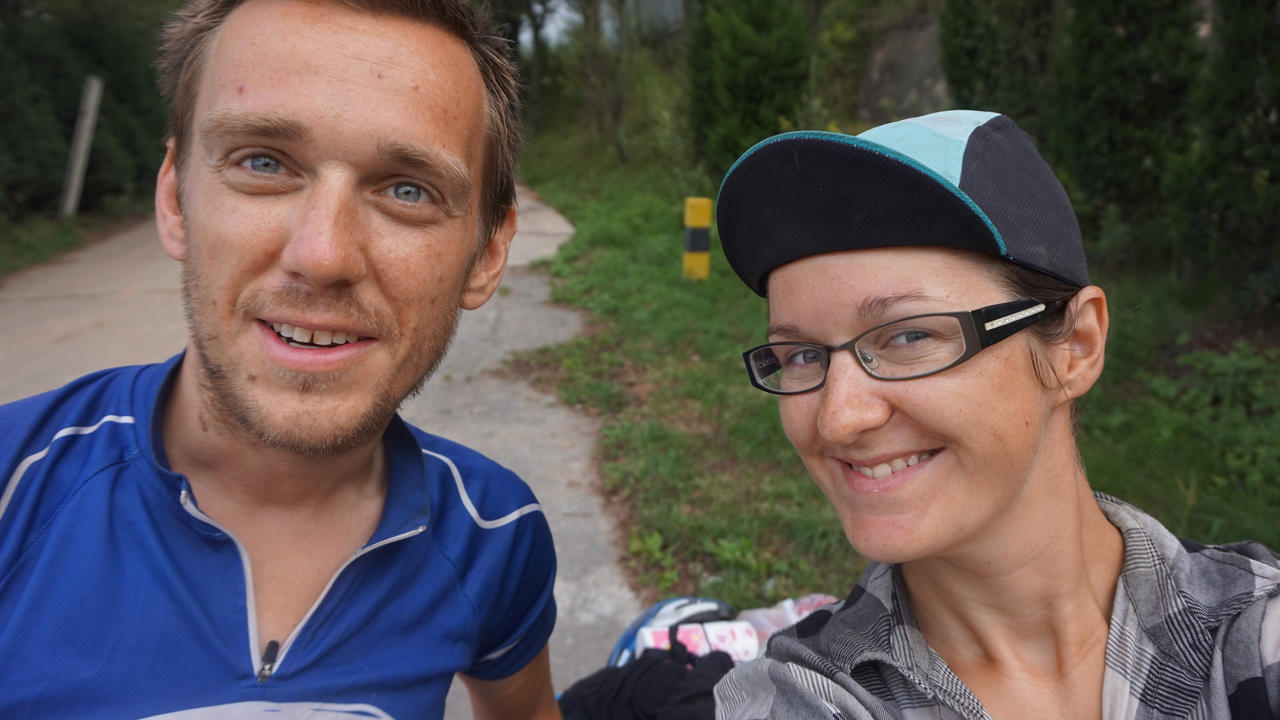 The coffee came out of a sachet, one of those 3-in-1 Nescafe sorts perfect for travelling. Nescafe is the go-to coffee brand in Asia; Mike could find a packet anywhere. A coffee in the morning is normal for what seems like the majority of the British population back home but had never been for me. Throughout my 28 years thus far, whenever someone had suggested we go for coffee, I’d always order a hot chocolate.

However, sitting on the grass in the apex of a hairpin bend part way up a mountain, knowing we had about 8500 feet of climbing to do that day, I took the dive into coffee. Being a 3-in-1 sachet, the sugar muted the bitter taste of coffee I’d never developed a like for and the warm, sugary liquid seeped down to my bones.

I was cycling around the world with my fiancé, Mike, and we were two thirds of the way down China. Our journey was taking us through the Hengduan Mountain range, a vast area connecting the Tibetan Plateau with the Yunnan-Guizhou Plateau. We’d travelled for four and a half months by this point, on heavy fully-loaded touring bikes, and had never been fitter. We had fallen in love with China, the Chinese people, the incredible food, and could not get enough of the stunning mountains surrounding us. There was only one thing – I’ve never been a strong hill cyclist, let alone riding up mountains day after day on a bike that weighed nearly as much as I did. 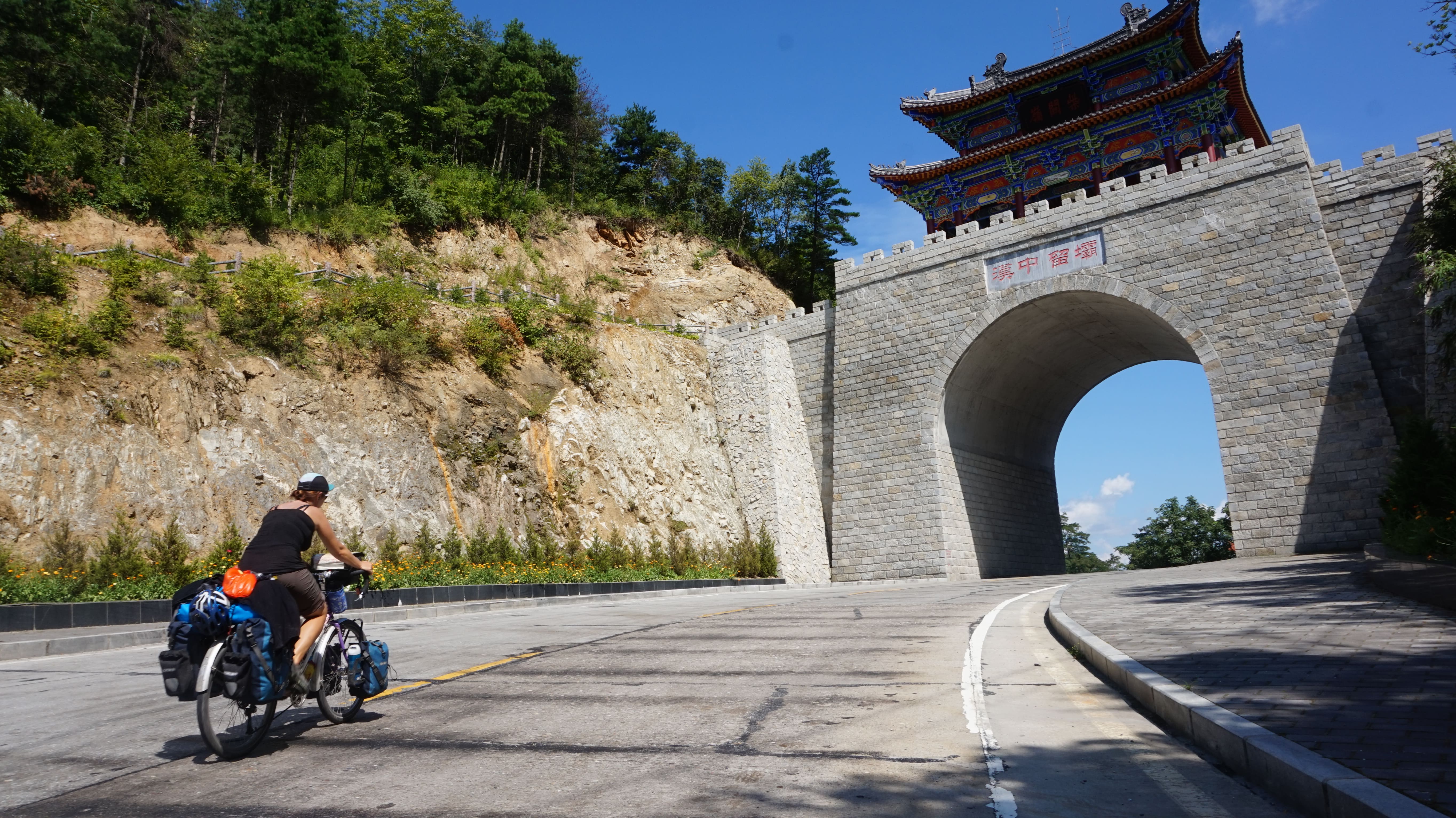 But thankfully, there was coffee. This was the first cup of coffee I had ever drunk more than just a sip of. Cup emptied, noodles eaten, we got back on the bikes and started pedaling upwards. We rode past signs warning of wild pandas, past abandoned houses looming out of the mist and at one point, I dropped Mike off my back wheel. I was riding up a mountain faster than my fiancé who had never been slower than me. Maybe it was the coffee, maybe it was my conditioned muscles, but whatever it was I was learning to appreciate everything that my body was capable of.  Over 550 miles through these verdant mountains we would have to achieve over 100,000 feet of climbing, and I was the only one who made those pedals turn. No longer could I let those negative thought processes grind me into a depression because I had conquered more climbing than I could ever imagine I could do in my entire life.

A few years previously I had taken my first foray into multi-day cycling, riding the British Heart Foundation’s London to Paris bike ride. The organised, sign posted route takes participants from the outskirts of London to Folkestone, and after a hop across the channel, from the outskirts of Calais to the Palace of Versailles. It’s solo and supported, so each day it’s just you and the bike, and I absolutely fell in love with the ability to travel distances under my own steam. On the last day, I’d been leapfrogging two teammates and we entered the grounds of Versailles together. We took a moment to congratulate each other on such a huge accomplishment, and one of the guys said to me “you’re one of the most relentless cyclists I’ve ever come across.” From this point onwards, I should have let this be the thought to rely on at my lowest moments. Instead, during times of self-doubt all I could remind myself of was something said to me by a peer at University in front of a group of other classmates: “you’re distinctly average”. It would spiral through my thoughts, squashing down any self-belief I had clawed back when depression loomed over me.

But finally, cycling through the Hengduan Mountains, the pre-coffee Helen fell by the wayside. I put on the ‘Queen of the Mountains’ t-shirt Mike had bought me the day before we rode towards the life-changing peaks and I finally felt like I had earnt it. A relentless, strong cyclist capable of riding up mountains, and a year later with 19,000 miles on the tyres, we made it back home, accomplished. 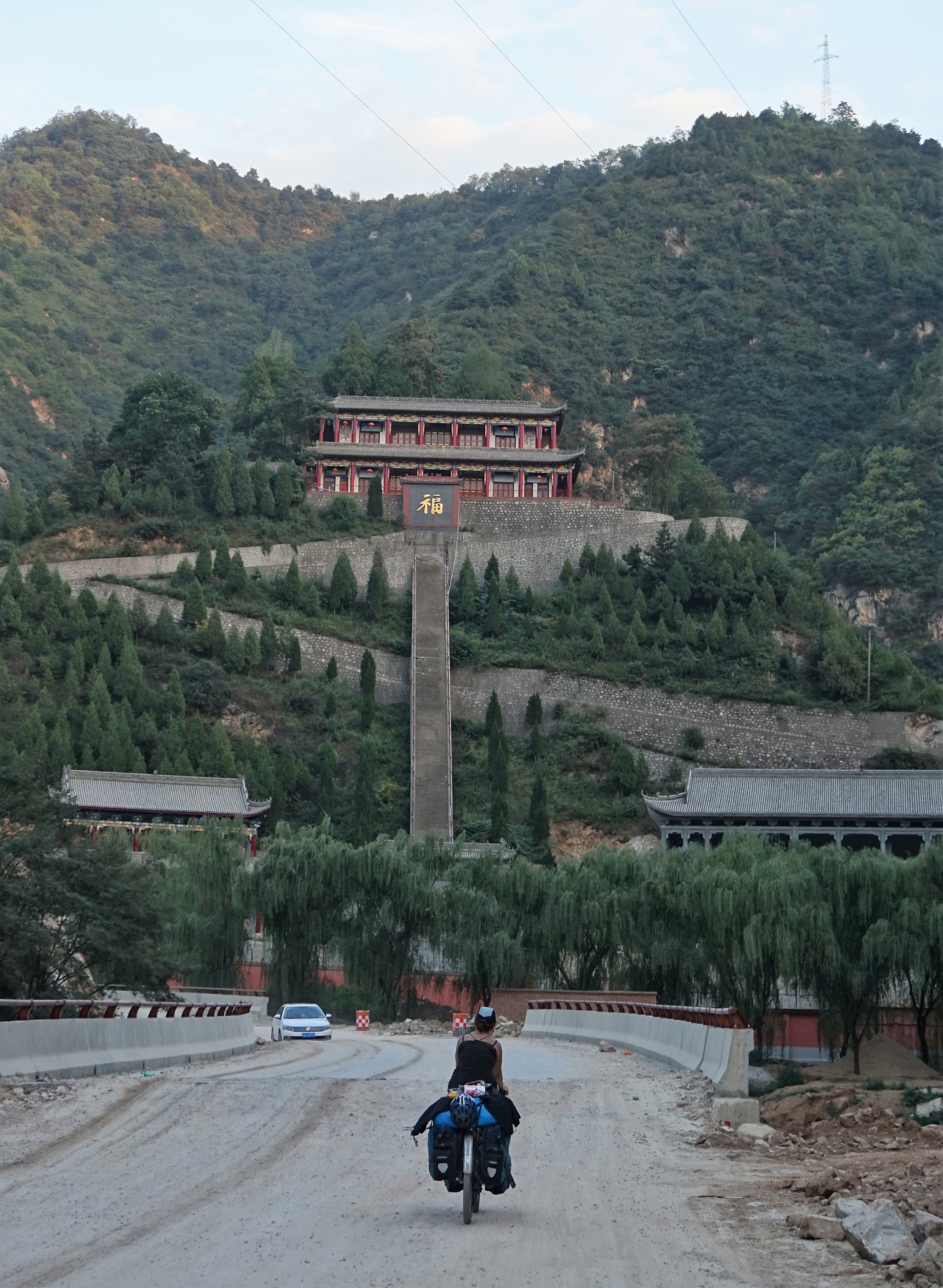 Thanks Helen! Check out Helen and Mike's website Ever East for more stories, insights and advice on cycling around the world. One fantastic read is 'What are the effects of long distance cycling?' written by Helen, which discusses her journey with depression, the role of antidepressants and exercise for mental health, and the challenges coming with finishing one hell-of-a long cycle.