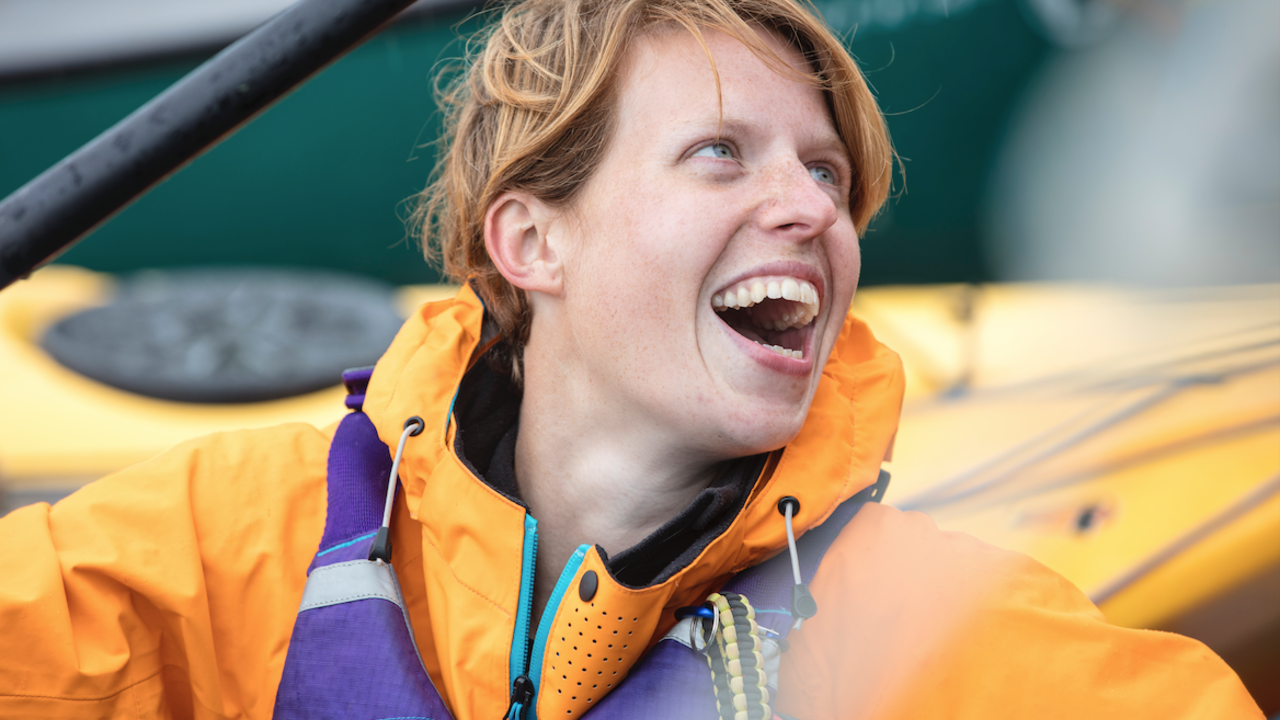 After beginning adventuring in her mid-20s, Bex Band grew in confidence and expertise. In 2017, she made her love for the outdoors into a career by creating Love Her Wild, a community that organises group adventures and mentorship for women. We spoke to Bex about how the outdoors has impacted her life and Love Her Wild's biggest event yet: The Women's End2End Relay.

Q: Can you tell us a bit about the Women’s End2End Relay?

Bex: The Women’s End2End is a hiking challenge stretching the length of the UK. It starts on the 5th August in Lands End and will finish 74 days later in John O’Groats. Along the way, hundreds of women will come together to help carry the baton across the 2,000+kms. As well as inspiring more women to get outdoors, this relay is helping to protect our natural spaces. 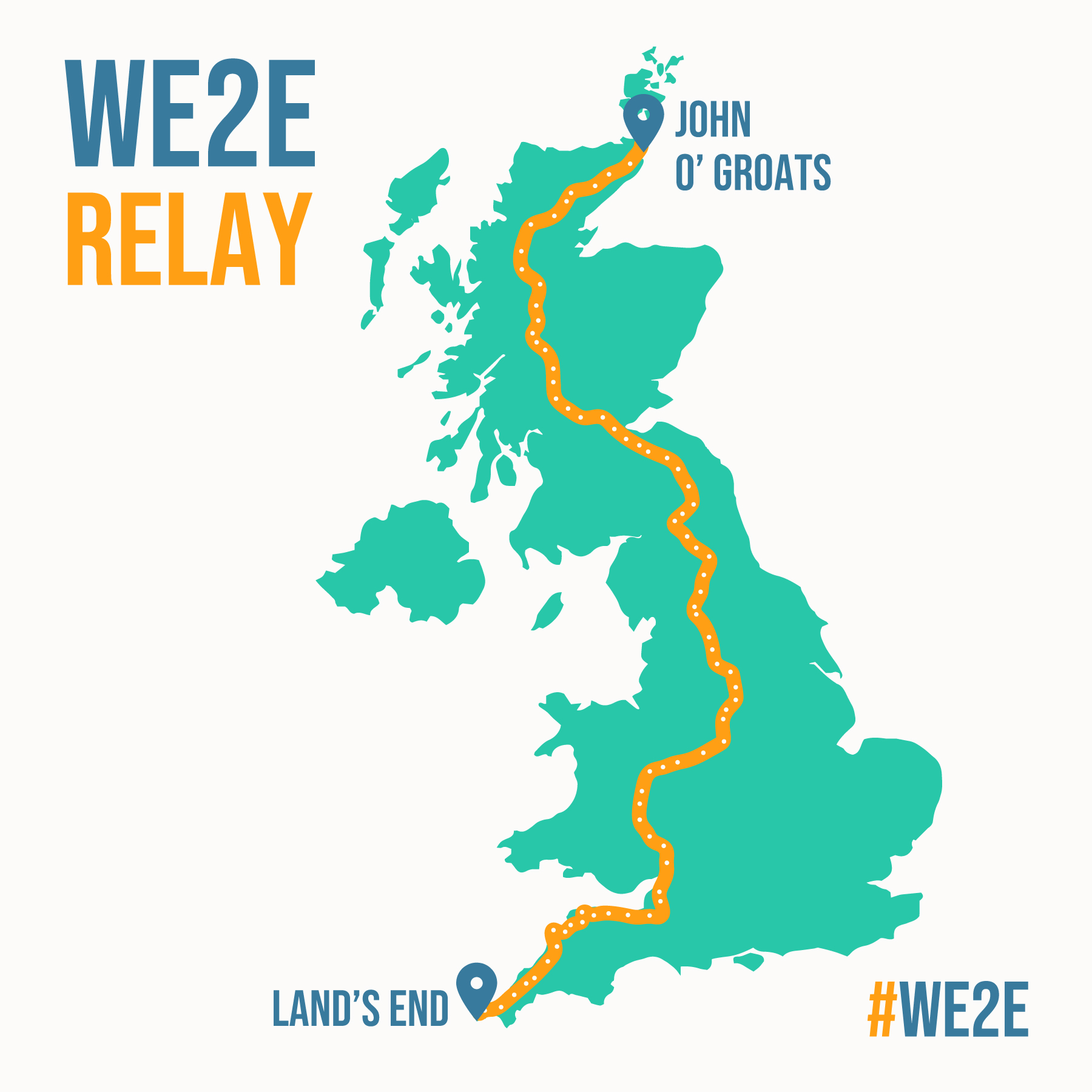 Q. How did you come to the idea of a relay across the UK?
Bex: In 2017, after noticing a lack of women in the outdoors, I founded a women’s adventure community called Love Her Wild. We provide a supportive, non-competitive space as well as opportunities to get more women accessing adventure. The community has grown considerably in that time, now with over 10,000 members. The adventures that we run are always over subscribed so I wanted to do something on a large scale that would bring hundreds of women together working as a team to achieve something amazing.
Q: Why is it important to you that it's only women walking the relay?
Bex: When I started getting outdoors (in my mid-20s) I found the adventure scene to be judgemental, competitive and very male-dominant. As someone who was lacking confidence it really put me off and might explain why we still have such a bad representation of women in the outdoors - from so few women gaining qualifications to a lack of sponsorship opportunities to poor clothing ranges!
Love Her Wild is about offering something a little different. Our adventures focus on being a team and having a good time in the process, rather than just on reaching the goal. As women from all backgrounds will be hiking the relay I think it’s an exciting way to highlight the outdoors to girls and women who may never have thought of doing something like this before! 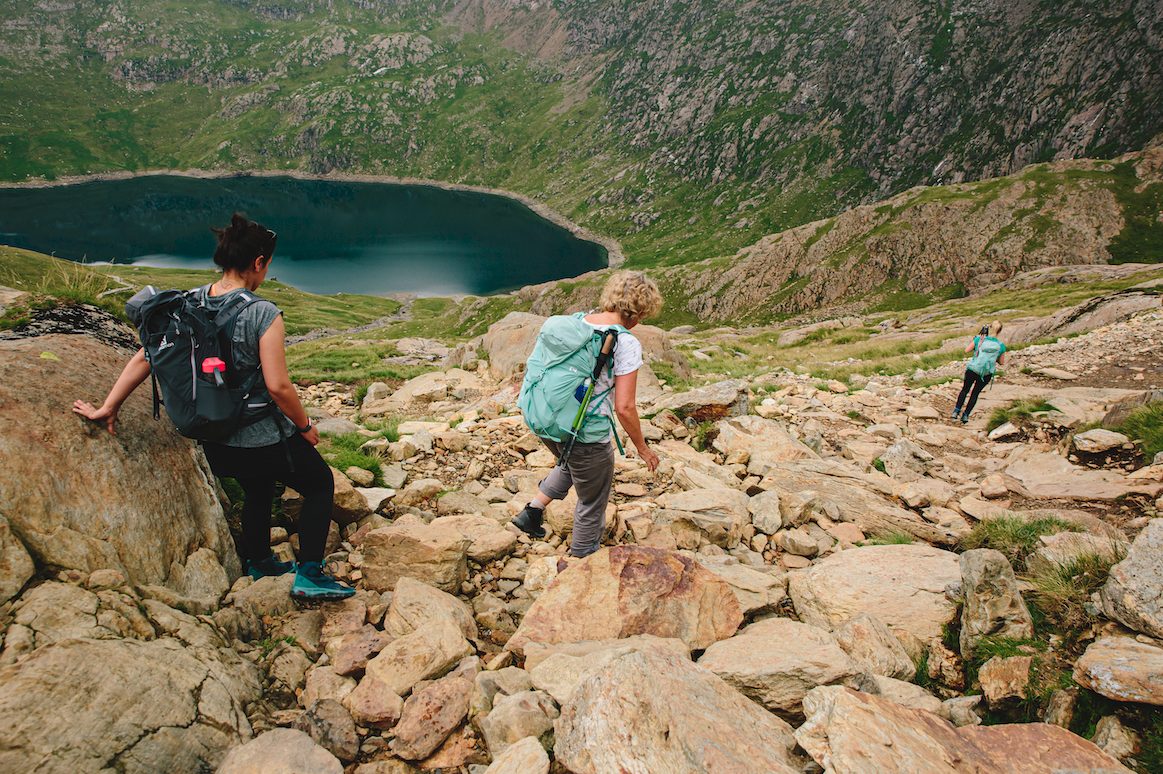 Q: For such a long hike, how did you go about choosing the route?
Bex: I’ve got an incredible team of expedition leaders who have been helping me put together the route, section by section. Some of the relay follows existing trails (like the start for example which follows part of the South West Coastal path). A lot of it though was put together based on local knowledge and what was logistically possible. It’s been an epic task!
Q: Who makes up the team behind Love Her Wild?
Bex: There are so many amazing people helping to make this relay happen. As well as 24 expedition leaders, we have filmmakers, photographers and journalists helping to spread the word. Plus people helping me with the behind the scenes logistics sorting out all things from insurance, to bookings to press enquiries. And then of course there are are sponsors - The Royal Airforce, Ellis Brigham and Komoot!
Q: The Women’s End2End Relay will be raising money for the Woodland Trust and attempting to collect plastic pollution en route. Why is the conservation of our natural spaces important to you?
Bex: As adventurers natural spaces are our play grounds! It’s only right that we do what we can to protect them - especially when faced with the reality of todays conservation issues. Funds from the relay will go to protect wildlife and nature and to also plant new trees. 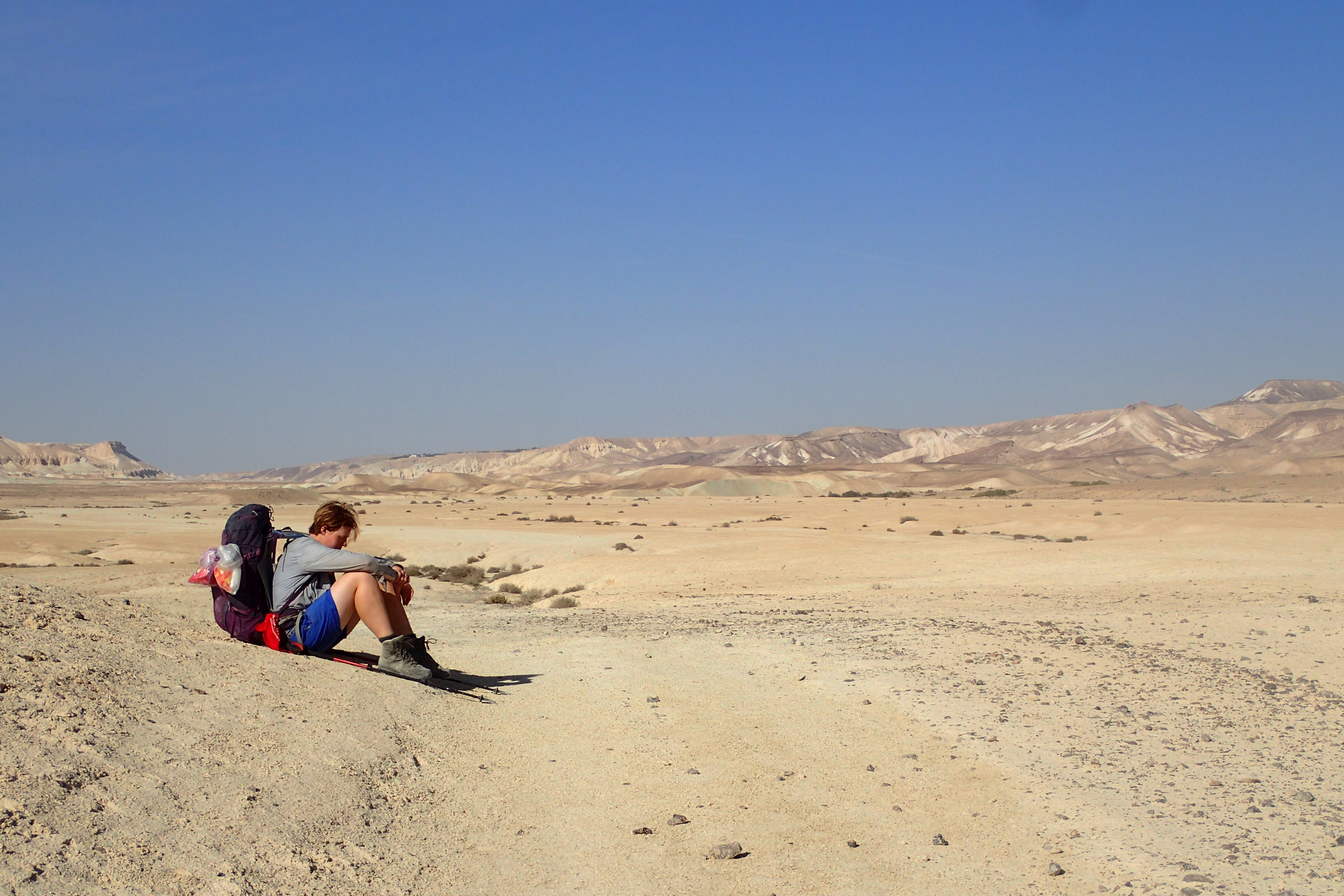 Q: What impact has outdoor adventure had on your life?
Bex: Going on my first big adventure - hiking the length of Israel - completely changed my life. It built back all the confidence I’d lost. Gave me space to think clearly and creatively and ultimately led me to building my own business and career for myself doing what I love on my terms! Women have a lot of societal pressures and expectations on them so can gain a lot from having time for themselves outdoors. It’s why I’m so passionate about the Love Her Wild community and getting as many women as I can experiencing that for themselves.
Q: Having been running for 3 years, what has been the most rewarding part of Love Her Wild?
Bex: We’ve grown to over 10,000 members, taken over 1,000 women on adventures (although really it’s a lot more than that as we don’t keep count of the local meet ups), matched 8 mentorships, provided funding and gear to over 40 women and been shortlisted for a National Diversity Award. But it is the stories that really count. The women who have managed to gain something from being a part of our wonderful community….that’s what keeps me motivated! 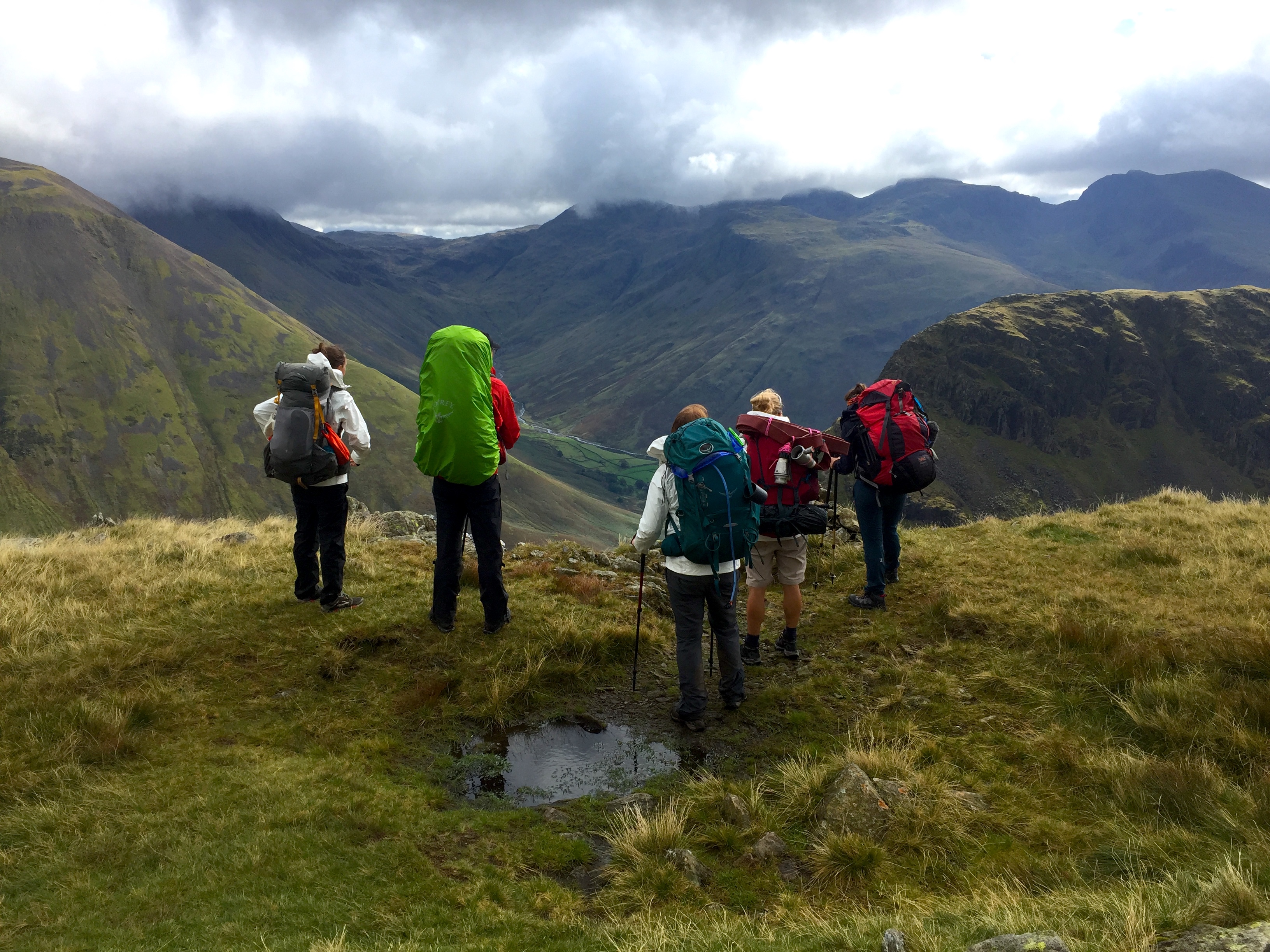 You can sign up to walk varying lengths (for all abilities) of the Women's End2End Relay, or check out their other expeditions, at the Love Her Wild website. You can also follow Bex's personal adventures at her website, the Ordinary Adventurer.